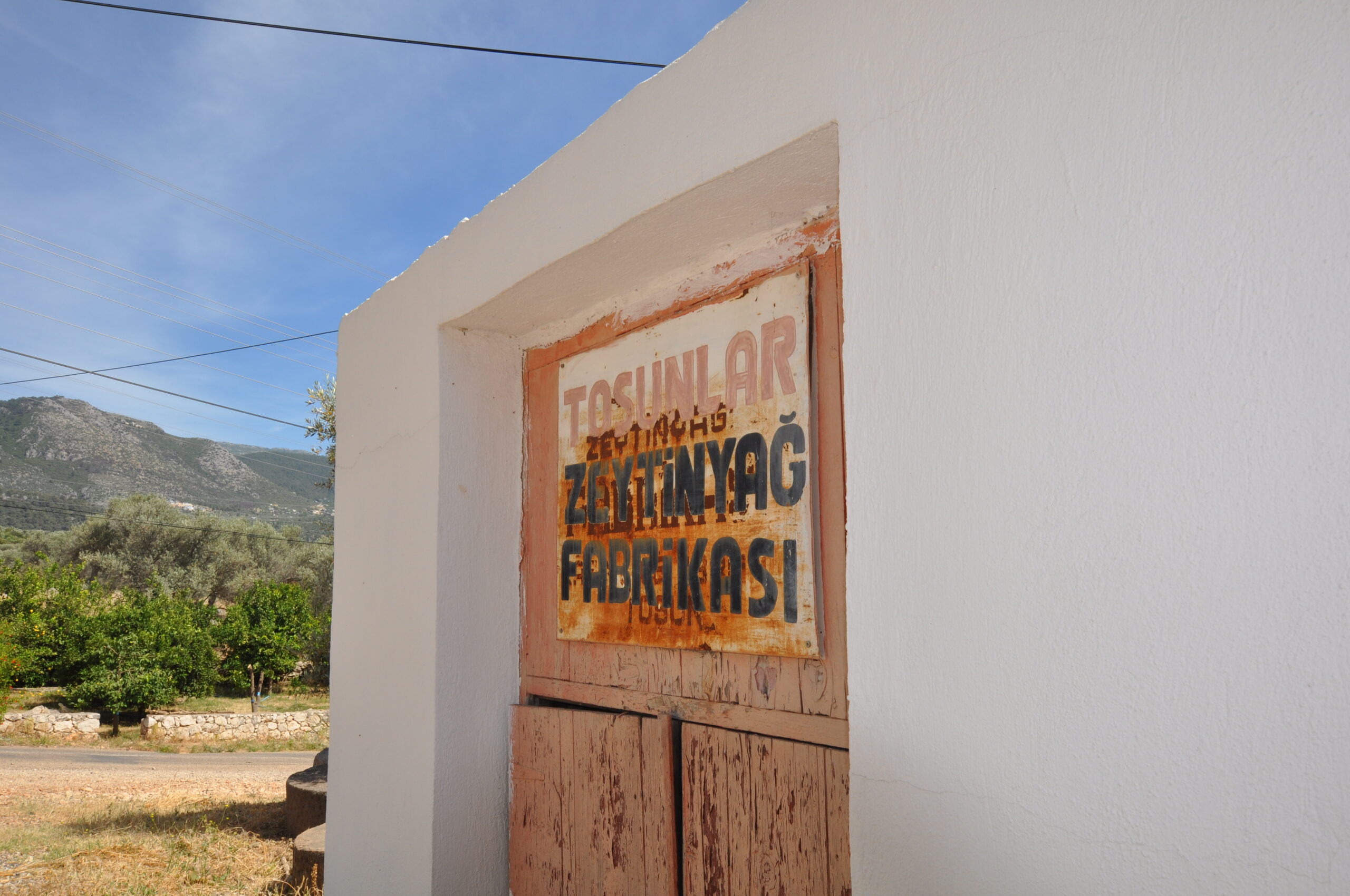 In his early life Ibrahim Tosun, the grandfather of Kazim Tosun, from whom Korsan purchased the Tosunlar olive oil press was a labourer who worked various odd jobs to earn his living. Well known and liked throughout the surrounding villages, Ibrahim was usually tasked with riding to and from the small port town of Kalkan, to bring water and other supplies back to his village. A long and strenuous journey over rough terrain back in the 30s, before the construction of any paved roads. His village, Çayköy, is where he would eventually build the first press in the whole area, and where the factory still stands and operates today.

As World War II waged on in Europe, Ibrahim was called up for his national service in 1942. He was conscripted into the armed forces division based in Çanakkale, near Gallipoli. On high alert through out the 18 months of his service with the fear of Turkey joining the war, Ibrahim completed his service in 1943, fortunately without seeing battle. During his return home, he spent a night in a village near Balıkesir, a province slightly to the south-east of Çanakkale. That night, Ibrahim was the guest of an elderly man, who owned his own olive grove and press, and had become very successful by selling his own olive oil to other towns and at the city market. After an evening spent drinking, eating and telling stories, the man took a liking to Ibrahim and agreed to do what he could to help him get home. It was just over 720 km from the army base Ibrahim was posted to his village in Çayköy, and travelling through rural, developing Turkey back in the early 1940s was no easy task. Even with the old man taking Ibrahim as far as he could, and then giving him some money for busses and carriages, the journey still took a total of 32 days and nights. Although the man helped Ibrahim because he took a liking to him, he also asked for something in return. In his youth the old man had spent years travelling and working through out the coast of Greece, where he had learned his craft of olive farming. He saw how skilful and knowledgeable the Greeks were when it came to growing and utilising olives, and he knew that, given the similar climates of the two regions, his own people, the Turks, could eventually become just as proficient at the craft. Therefore his parting wish to Ibrahim was for him to grow his own olive grove and build his own press to spread the industry further down the coast. 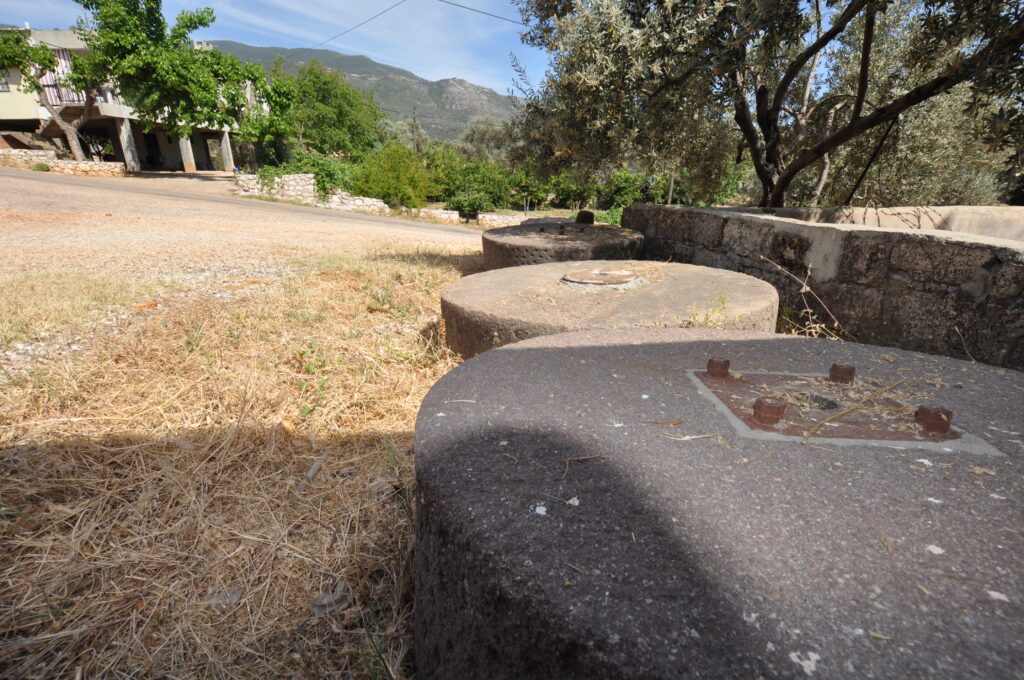 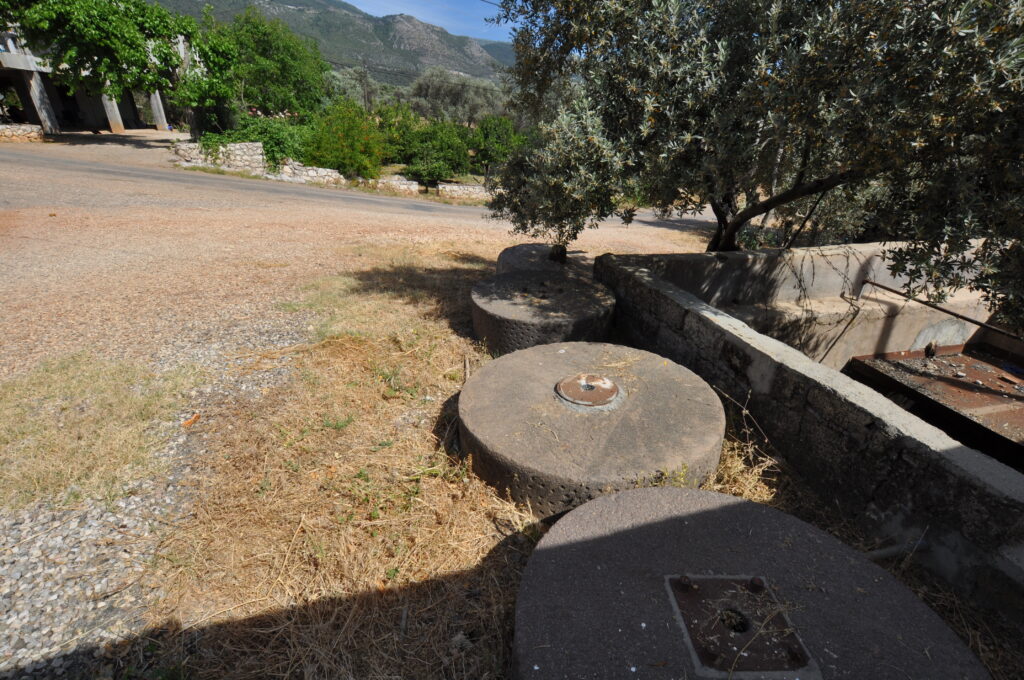 When Ibrahim finally returned home, he begun work immediately. His family owned around 300 acres of land in and around the village. Land which was dense forest, unfit for any form of agriculture. Ibrahim knew it would be no small task to convert the forest in to fertile olive groves, and he needed a strong labour force to work along side with. In his time spent in the army he had made many friends, none of which would be more important to his business than ‘Koca’ Hasan, a man of impressive stature who hailed from Konya, Turkeys largest province, in the heart of Anatolia. Ibrahim wrote to Hasan and told him of his idea and the opportunity for success. Having been convinced by his friends, Hasan gathered 15 of the strongest, most capable labourers he could find and set on his way, arriving in Çayköy within the fortnight. Ibrahim had gathered 15 men of his own from the surrounding villages and in the summer of 1943 the work began. It took the 32 men around 3 years to dig up the old trees and plant new olive saplings in their place for the entire 300 acres. Alas, in 1946, after years of work, the first olive grove was complete. The first stone press was also constructed on a plot of land amongst the groves by the time the harvest came around in the autumn of the same year.

This was the only press in the area for miles in any direction. The other two being in Göcek, a port town between Fethiye and Dalaman, and Kumluca, a small village halfway to Antalya. It operated with its hand carved stone press for years; pressing olives from the Tosun’s own grove, and olives that surrounding villagers had picked from their own trees and brought to the factory in large sacks tied to the backs of their donkeys. While this style of press was successful initially, it was eventually unable to cope with the capacity of olives being brought in. Other farmers had been planting their own olive groves having been inspired by Ibrahim, and soon the whole are was covered in thousands of acres of olive trees. Therefore in 1973, around the same time the ownership and management of the Tosunlar press was passed onto Ibrahim’s grandson, Kazım Tosun, it was decided that new technologies and machinery had to be employed in the factory. This lead Kazım to journey to Aydın, a city slightly inland from the Aegean coast, where the olive industry had taken off in the past decade. Factories using modern equipment had become widespread in Aydın and Kazım was adamant to learn about this machinery.

During his time in Aydın, Kazım met a man named ‘Gözlüklü’ Hakkı, meaning Hakkı with glasses, who would be the one to engineer and set up the machinery for the Tosunlar factory in Çayköy. Therefore the factory became the first version of what it is today, and it has remained largely unchanged, except for the mechanical upgrades brought about by technological advancements in the industry. 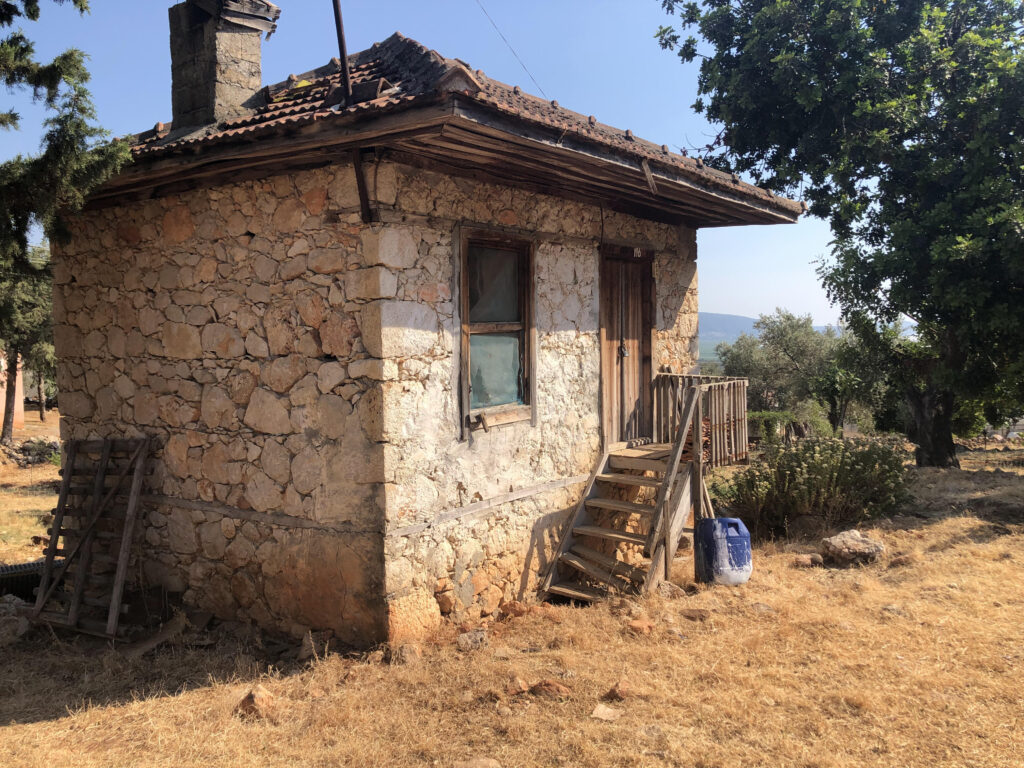 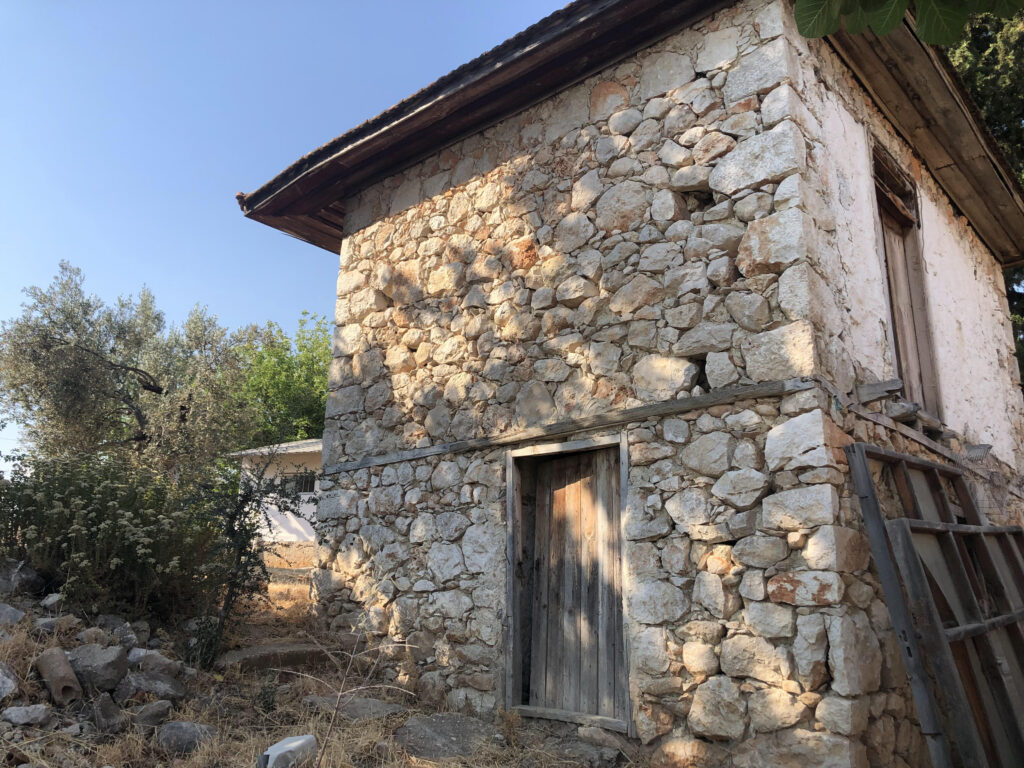 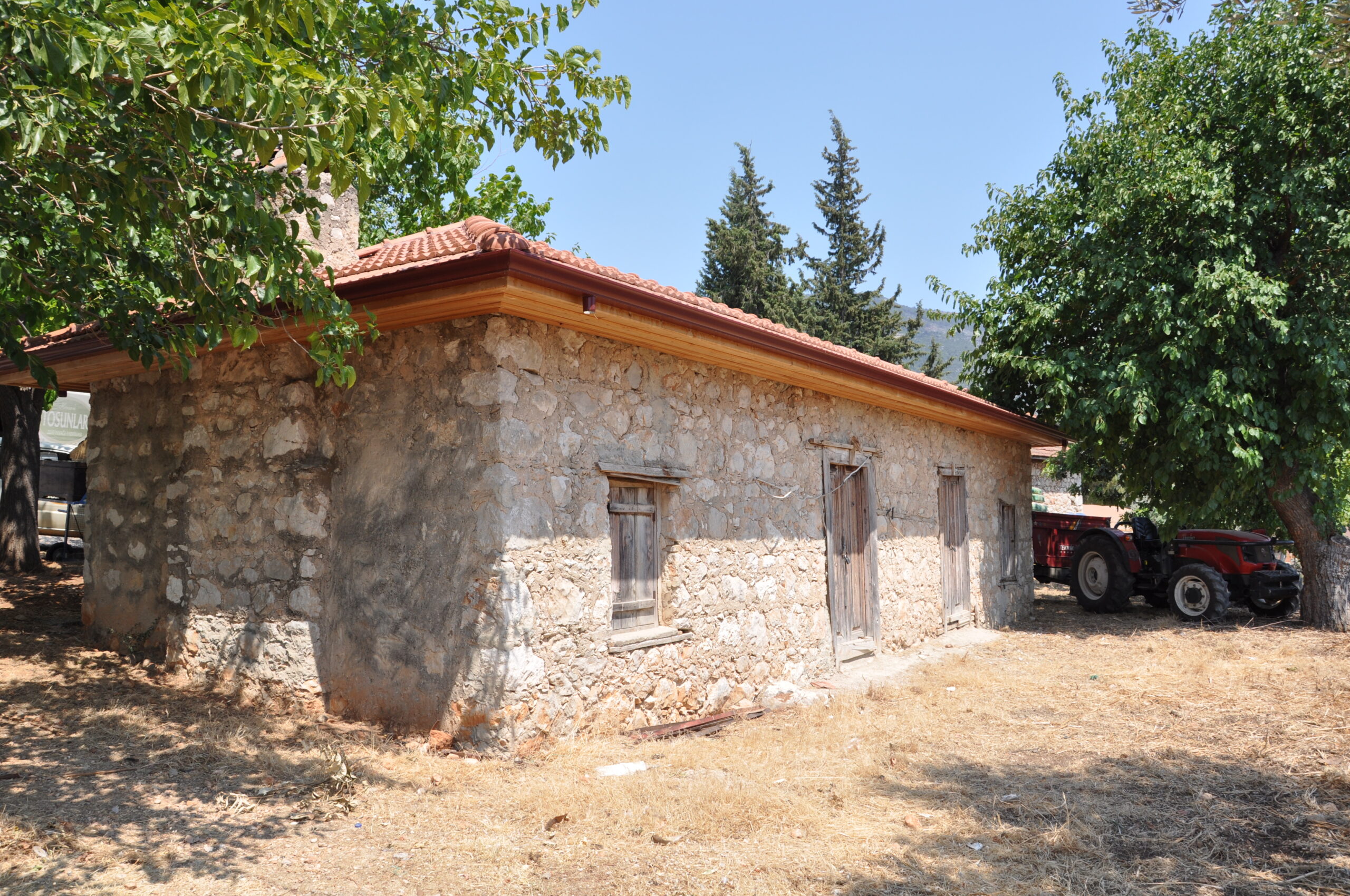